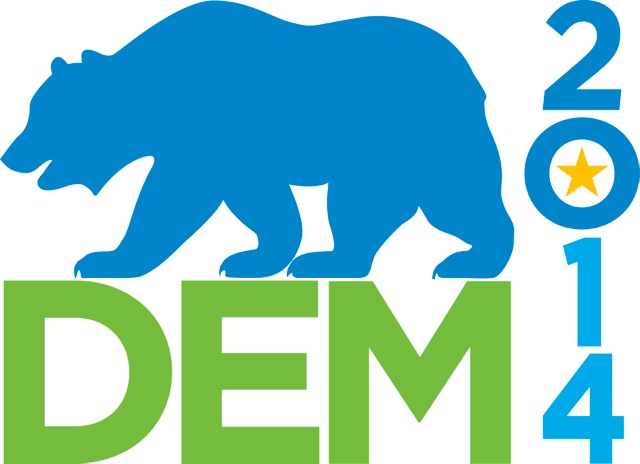 By Al Miller
The following article is from an email to all DEM2014 members from ECDC Immediate Past President Hilary Crosby in her roll as Controller of the California Democratic Party.

“When the vote counts were finalized after the 2012 elections, California Democrats had gained four new seats in the state’s delegation to Congress—but we won those seats before November. “Every seat we won last year we won every month. We won them with phone calls, voter registration drives, visibility events, door knocks, and more throughout the year.

“As a member of DEM2014, you’re already helping us continue to rack up wins, helping national Democrats get even closer to winning back the House so Nancy Pelosi can pick up the speaker’s gavel once more.

“But you can multiply your impact with each friend or family member you ask to join you as a member of DEM2014.

“Multiply your impact today. Invite three friends to join you as members of DEM2014. Send your friends to www.cadem.org/dem2014 now.

“Even though 2014 isn’t yet here, we’ve already started winning seats for next year. This month, your contribution helped us make a difference in Congressional Districts 10 and 21, both in the Central Valley.

“On the 78th anniversary of Social Security, the California Democratic Party helped seniors confront the Republican representative in District 10 on his record of attacking this important middle-class program—and our country’s most successful antipoverty program ever.

“With news coverage in local outlets, we were able to shine a bright light on the incumbent’s support for privatizing Social Security.

“We also held a similar event in District 21, with seniors confronting the freshman Republican representative and calling on him “to start supporting Social Security and stop standing with those who attack seniors’ retirement.” The local press covered the event, so now it’s going to be even harder for the incumbent to hide his record from voters.

“These were two successful recent events, but if we don’t keep up the drumbeat and maintain the pressure month after month, we won’t win these seats.

“As one of the most important supporters of California Democrats in the state, we need your help. Send three friends or family members to www.cadem.org/dem2014 today and ask them to sign up.

So, instead of asking only “three friends or family members” to sign up for DEM2014, I am asking all of you reading this issue of the ECDC News who haven’t already done so, to join in the DEM2014 program. DEM2014 accepts monthly donations from as low as $5.00 to whatever amount you are comfortable with. Do the math—100,000 Californians donating $5 per month are as important as 10,000 donating $50 per month. Being a member is more important than the amount you choose to give.