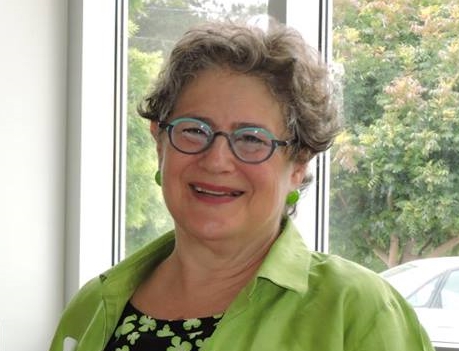 The El Cerrito Democratic Club has been an important part of the political landscape in El Cerrito, Kensington, and the West Contra Costa Unified School District literally for decades.  However, at our August 27 Endorsement Forum, we ended up endorsing only 4 candidates even though voters will be asked to vote to fill 11 seats.

Since California voters approved the misguided policy of allowing the top two – and only the top two – finishers in the primary election, regardless of party affiliation, to advance to a general election, there has been a lot of maneuvering by weaker candidates to block the official California Democratic Party endorsement of stronger candidates, especially in the post-primary election season.  It is a tactic that we can expect to see more and more often as Democrats battle Democrats all the way to November.  In the “good old days,” when the top finisher from each party became that party’s candidate in the November election, opponents had a Kumbayah moment, and the party united behind the candidate with the stronger finish.

However, now those days are gone, and we will see Democrats – good, solid Democrats, like Loretta Sanchez and Kamala Harris, Nancy Skinner and Sandre Swanson – campaigning in opposition to each other.

This is not, and should not be, the example offered by the El Cerrito Democratic Club.  Our process for determining our endorsements provides information to our members about the candidates in our pre-endorsement newsletter, as well as an all-day candidate forum where our members can listen to, question, and evaluate all candidates who seek our endorsement.  To vote NO ENDORSEMENT, at that point, is to forsake our responsibility to lead!

Our Club has long been respected for making informed endorsements and sharing our conclusions with other voters in El Cerrito and Kensington.  However, this year we had so many votes for “NO ENDORSEMENT” that we didn’t endorse at all in FOUR races: AC Transit, BART District 7, District 1 Board of Education, and Kensington Police and Community Services District.  In the West County Unified School District and El Cerrito City Council we didn’t endorse a full slate!

Perhaps we had voting members who believed that a “NO ENDORSEMENT” vote was neutral, and would have no effect on the outcome.  If so, it is our responsibility to let them know that “NO ENDORSEMENT” counts as a vote, and becomes part of the denominator when calculating the 60% needed to win our endorsement.  Thus we may decide to include “ABSTAIN,” which will not have this effect, as a vote choice at our next endorsement forum in 2018.

However, to members who intentionally voted “NO ENDORSEMENT” to create a situation where the El Cerrito Democratic Club produces no recommendation to make to voters, I say “SHAME ON YOU!”  Our Club has a reputation as providing informed political leadership from a progressive perspective.  I hope that in future, we will unite to take that responsibility seriously.

The August Endorsement Forum was a resounding success in many ways!  To begin with, we endorsed Rebecca Saltzman for BART District 3; Greg Lyman and Rochelle Pardue-Okimoto for El Cerrito City Council, and Mister Phillips for West Contra Costa School Board.  For a full report of results, see http://ecdclub.dev.haveabyte.com/?p=1373.

Over 50% of our members attended; 160 ballots were distributed, and 159 were turned in.  In addition, there were about dozen people who came to listen to the candidates.

Bob MacDonald, Scott Lyons, and Dwight Merrill collected questions from the audience; Sue Roberts and Al Miller kept the refreshment table orderly, Ruby MacDonald kept tabs on everyone, and Amanda Staunko and Caroline Damon spent the day counting the votes.  With so many races on the ballot, it was a huge job; they stayed cheerful and focused the entire day!

Several folks pitched in for set up and clean up – Joanna Pace, the Gilbert-Snyders, Greg Lyman, Gabe Quinto, Peter Chau, and I know I’ve left some folks out.

We were also lucky to have three excellent moderators: our Vice President of Records Mollie Hazen moderate d the two transportation panels (BART and AC Transit); Peter Chau, communications volunteer and past candidate for school board, moderated the two education panels (Board of Education and West County School Board), and the Mayor of San Pablo moderated the Kensington Community Services Board and the El Cerrito City Council panels.  And our vice president of Publications, Kip Crosby provided excellent timekeeping throughout.

All but two of the candidates who have qualified for local races participated.  Our new Superintendent of Schools Matthew Duffy led us in the Pledge of Allegiance and spoke about Measure T; Chris Peeples from AC Transit spoke about Measure VV; Mayor Pro Tem Janet Abelson spoke about Measure X.  This just shows how broad and generous our community of Democrats is in West Contra Costa County.

And speaking of generosity – the refreshments provided by our candidates showed the whole gamut of delights: fruit salad, homemade cookies, sushi, sandwiches, cut up vegetables, flavored popcorn – all prepared and donated by our candidates.  Special thanks to Al Miller for providing the wonderful coffee from Well Grounded.

But nothing comes close to the dedication and generosity of Craig Cheslog who served as our endorsement voting judge.  He showed up at the beginning, steadfastly checked and cross checked the number of sign ins against ballots handed out, sat with our ballot counters to make sure the ballots were correctly counted and tallied, and finally, at the end of a very long day, moderated two challenges.

When Mister Phillips examined the ballots, he discovered one vote that hadn’t been counted for him, and noted that two ballots had to be disqualified because the voter had marked more than two boxes.  This lowered the denominator, increased the numerator, and ended up winning him the 60% majority need for our endorsement.

Nick Arzio, who had 36% of the vote for El Cerrito City Council, challenged the count for fellow City Council candidate Rochelle Pardue-Okimoto.  Upon careful examination of the ballots, our election judge Mr. Cheslog agreed to disqualify one ballot, but Rochelle still received 60% of the votes cast, and the Club’s endorsement.  Once the two challenges were settled, the results were announced, photographed, and posted on Facebook.  And the meeting was adjourned.

Our standing rules state that there can be no further challenges once the meeting has been adjourned; however, we did received several more emails from Mr. Arzio citing certain technical points in Roberts’ Rules of Order that could have affected the outcome.  However, our election judge, Mr. Cheslog, stated unequivocally even had Mr. Arzio brought citations forward before the meeting was adjourned, they would not have stripped the endorsement from Ms. Pardue-Okimoto.

As a club, we can be proud that so many of our members participated in our forum, that our process provided us with indisputable ballot distribution, and that the ballots themselves were organized in such a way that challenges could be raised and resolved. 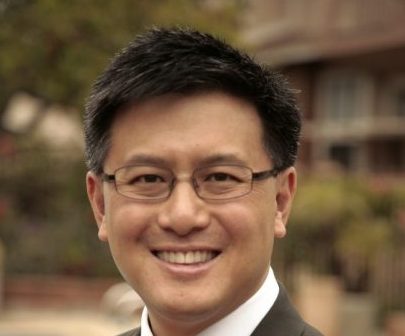 Our dinner this year will have a few new features!
New lower price! Tickets are only $25 each. This is the lowest price per ticket in a decade!
Great new menu from Atcha Thai Bistro, a new restaurant on San Pablo Avenue at Moeser Lane.
Candidate spin room – instead of our usual socializing hour, we have invited our endorsed candidates to set up booths and be available to talk with our members. (It’s also a chance for you to direct some of the money you save to the candidates you like.)
But because change is hard, we’ll be having our dinner at our usual venue, the Arlington Community Church in Kensington. It’s a wheelchair accessible site, with some on street parking and plenty of other parking across the street at the Kensington Library.
And we aren’t giving up the great salads and desserts that you folks, our wonderful members, bring to share.
This is also your chance to meet, greet and listen to California State Treasurer John Chiang, who has also filed to run for Governor in 2018. You can say you got to meet him “back in the day.”
To buy your ticket(s), you can go to this link or use the coupon below:
__________________________________________________________________________

Optional: Please check if you will bring a ______salad or a ______ dessert.
Your tickets will be held at the door. No need to request a special vegetarian meal; the buffet will include several meat free and gluten free items.