Superintendent Matt Duffy will present an overview of the West Contra Costa Unified School District and the many challenges that face the district going into the new school year, including limited budgets, security concerns, curriculum, discipline issues, and the ongoing issues involving Charter vs. public schools. 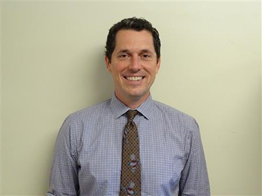 Superintendent Matt Duffy is originally from New York City where he taught middle school for four years in the South Bronx and three years as a Vice Principal in Harlem.

Duffy spent nine years in the Oakland Unified School District serving as a principal and an area superintendent.   As an area superintendent, he oversaw a portfolio of 15 schools including middle and high schools throughout the city.   Before coming to WCCUSD in 2016 Duffy served as the Assistant Superintendent in Milpitas Unified where he was in charge of teaching and learning, leadership, enrollment, technology, Special Education, and LCAP development.

Superintendent Duffy is the ninth permanent superintendent in WCCUSD history.  He lives in Oakland with his wife Tamara and three kids.

The two candidates for AC Transit Director at Large will make their case before members for an ECDC endorsement, with a vote to follow.

Dollene Jones is the Co-Founder/CEO of Abundance Worldwide Enterprises at St. Mary’s College.  Jones was a bus operator for AC Transit for more than 21 years and has previously run to be an AC Transit Director.   She is presently a Senior Transportation Ambassador for the Senior Mobility Action Council of the Advisory on Aging in Contra Costa County.

Joel Young is an East Bay attorney and was appointed by the AC Transit Board of Directors in February 2009 to fill one of the District’s two At Large positions.  He was elected by the voters in 2010 and re-elected to serve another term in 2014.  Previously he worked on two local campaigns and practiced securities law. Director Young earned his Bachelor’s Degree from the University of California at Berkeley and his Juris Doctor from the U.C. Berkeley School of Law.

In July, members were asked to review the positions taken on the qualifying state propositions by the state Democratic Party for the November General Election.  At the August ECDC meeting, members agreed with and endorsed the same positions on the following propositions:

Members also asked that the following propositions be pulled from the list to allow additional discussion at the September 25 ECDC meeting:

After a discussion on each Proposition (ECDC will seek possible speakers if available) members will determine whether to endorse, oppose or take no position on the above.  For in depth discussion of all CA propositions which will include a general discussion, supporters and opponents, contributors and costs go to the Ballotopedia website at:

** Summary information on propositions used here is from Ballotpedia.

Upcoming regular Membership Meeting will be held on August 28, 2018 at the Presbyterian Church at 545 Ashbury Ave, El Cerrito 94530. Meeting will start at 6:30 pm

Announcements to include proposal by Hari Lamba to compose and send an ECDC Resolution to the national Democratic Committee, not to accept money from Fossil Fuel Companies – see short blurb in newsletter below.

Democratic candidates for the following offices — who have either no opposition, have Republican opponents or have won that seat in the June primary — are on the ECDC Consent Endorsement list and will not participate in the August 25 event.  However, these candidates will be invited to address ECDC members at the August 28 meeting at the club’s regular venue if they wish to attend.

This meeting will continue the Club’s endorsement process. There are 12 propositions on the November General Election Ballot and the County Democratic Party has made endorsement recommendations on all of them.   Because of the great number of initiatives and the lengthy process it would take to review, the ECDC board is recommending that members review the endorsement positions of the county party and determine if there are any propositions which might warrant separate discussion and endorsement by ECDC members.

Following is the list of CA ballot initiative for the November 2018 election:

For ECDC member review, following is the list of recommended positions by the County Democratic Party for the 2018 General Election. Please be prepared on August 28 to endorse those positions on the propositions as presented by the County Party on a consent list or to recommend further discussion of specific propositions to be taken up at the September 25th ECDC meeting.

For more detailed information on the November 2018 ballot initiative measures go to:

As mentioned above, any candidate who does not need to seek an ECDC endorsement may request to address our club at this meeting. Additional information on the September 25 ECDC Meeting featuring WCCUSD Superintendent Mathew Duffy will be available early next month.

At our March meeting we will vote on the following:

Guest speakers at the March 27th Membership meeting will discuss two issues of importance that could be impacted by upcoming elections: (1) Proposition 68 – the Parks, Environment, and Water Bond on the June primary election ballot, and (2) efforts to overturn in November SB 1– the Road Repair and Accountability Act of 2017 which was recently passed to provide critical transportation funding in the state.

The El Cerrito Democratic Club will seek endorsement by its members of the following candidates and measures at the meeting on March 27, 2018.

The candidates included here are (1) Democrats running for positions in Contra Costa County and (2) the State Superintendent of Public Instruction — a non-partisan post where a majority vote on the June primary election will elect that candidate without a General Election campaign.

More information on Contra Costa County elections can be obtained at: http://www.cocovote.us/wp-content/uploads/2018_CandidateGuide.pdf

ECDC will also consider endorsement of the Regional Measure (RM3) to be voted on by all the nine Bay Area Counties in June to help solve the Bay Area’s growing congestion problems.  The Metropolitan Transportation Commission (MTC) worked with the state Legislature to authorize this ballot measure that would finance a comprehensive list of highway and transit improvements through an increase of bridge tolls on the region’s seven state-owned toll bridges.  Senate Bill 595 (authored by Sen. Jim Beall of San Jose) was passed by the Legislature and signed into law by Gov. Brown in fall 2017.  If approved by a majority of voters in Alameda, Contra Costa, Marin, Napa, San Francisco, San Mateo, Santa Clara, Solano and Sonoma counties, toll revenues would be used to finance a $4.45 billion slate of highway and transit improvements in the toll bridge corridors and their approach routes.