Our club has a great history. As the oldest and largest Democratic club in West County, we have given voice to progressive Democrats for over 60 years. But we are not sitting on our laurels. We are looking to the next 60 years of Democratic activism. That is why our executive board will request a $500 increase to the club budget for the purpose of outreach to younger Democrats. It is the hope of the executive board that attracting younger Democrats to our club will help us to build upon the foundation that past and present members laid for us. It should also give our more seasoned members an opportunity to pass on their knowledge as they work side by side with the next generation of Democratic activists. Eventually, the executive board would like to have a designated seat for a Democrat aged 18 to 35. His or her primary responsibilities would include organizing and assisting with outreach to younger Democrats. Our club generally meets on the fourth Tuesday of each month. Our executive board generally meets on the Monday following our club meeting. This would be an unpaid volunteer position. Interested persons should send a cover letter and resume to past president Hilary Crosby at homehilary@comcast.net. 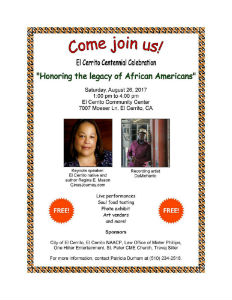